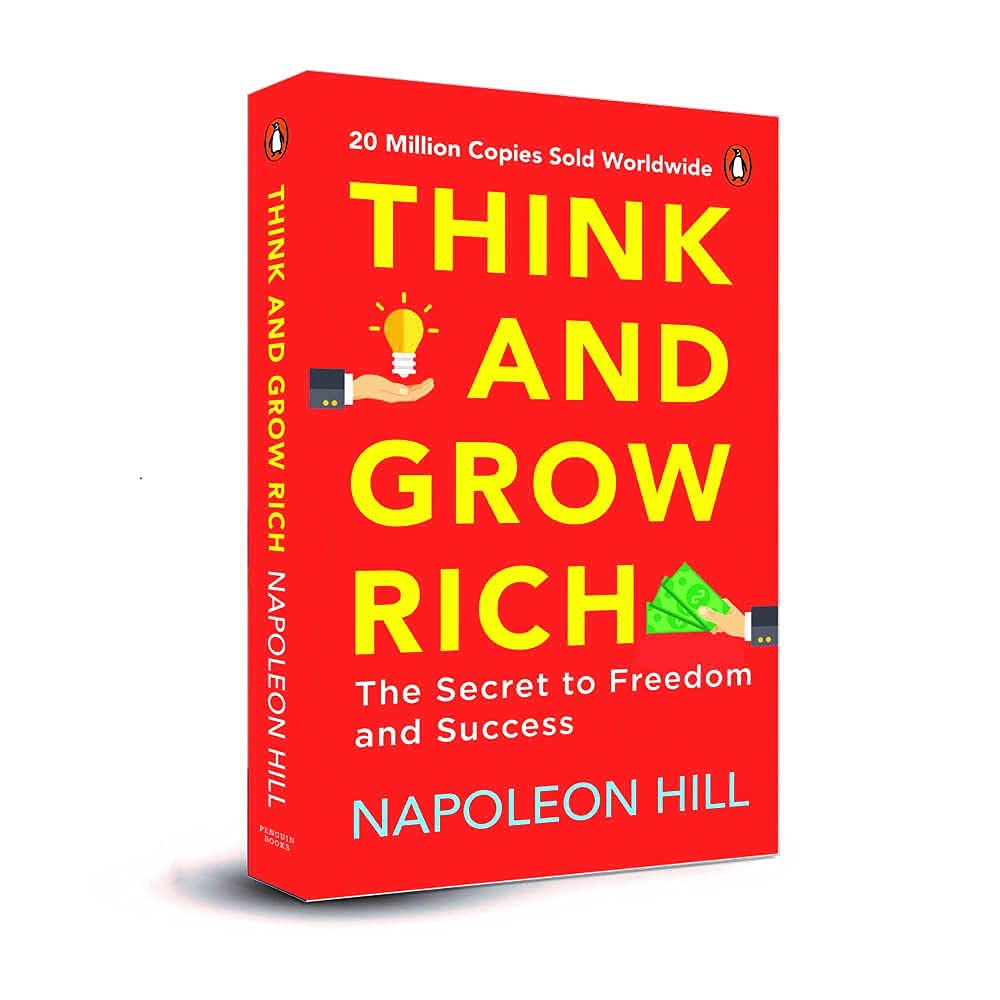 Think and Grow Rich is the 1# inspirational and motivational classic for individuals who are interested in achieving their goals and succeeding in life. Drawing inspiration from the lives of Andrew Carnegie, Thomas Edison, Henry Ford, and other millionaires of his generation, Napoleon Hill reveals the life-changing secret to securing exceptional wealth and success.

What makes people successful? Why are some people rich and thriving, while others are not? Napoleon Hill devoted twenty-five years of his life to uncover the answer behind this question. He interviewed over 500 affluent men and women, discovering the secrets behind acquiring great wealth and success. He formulated this knowledge into actionable and concise principles that can be applied by anyone.

As relevant now as it was in 1937 when it was first published, his seminal work Think and Grow Rich has helped over 15 million readers identify their goals, believe in their abilities, obtain what they want in life, and join the ranks of top achievers.

READ THIS BOOK TO –

1. Discover the success secret of some of the richest leaders and entrepreneurs, and how you too can achieve what they have! You don’t need to settle for mediocrity when you can be exceptional.
2. Create a MASTER PLAN using an organized, step-by-step approach to crystallize your desires into action.
3. Discover the 13 principles behind accumulating massive wealth and the 6 ways you can transform your desire into gold.
4. Learn how to increase your confidence, magnetism, and capabilities using the principle of auto-suggestion.
5. Master your subconscious mind to achieve anything you want!

Kick-start your journey of self-discovery today, and accumulate the fortune of your dreams!

In every chapter of this book, mention has been made of the money-making secret which has made fortunes for more than five hundred exceedingly wealthy men whom I have carefully analyzed over a long period of years.

The secret was brought to my attention by Andrew Carnegie, more than a quarter of a century ago. The canny, lovable old Scotsman carelessly tossed it into my mind when I was but a boy. Then he sat back in his chair, with a merry twinkle in his eyes, and watched carefully to see if I had brains enough to understand the full significance of what he had said to me. When he saw that I had grasped the idea, he asked if I would be willing to spend twenty years or more, preparing myself to take it to the world, to men and women who, without the secret, might go through life as failures. I said I would, and with Mr. Carnegie’s cooperation, I have kept my promise.

This book contains the secret, after having been put to a practical test by thousands of people in almost every walk of life. It was Mr. Carnegie’s idea that the magic formula, which gave him a stupendous fortune, ought to be placed within reach of people who do not have time to investigate how men make money, and it was his hope that I might test and demonstrate the soundness of the formula through the experience of men and women in every calling.

He believed the formula should be taught in all public schools and colleges, and expressed the opinion that if it were properly taught it would so revolutionize the entire educational system that the time spent in school could be reduced to less than half.

His experience with Charles M. Schwab, and other young men of Mr. Schwab’s type, convinced Mr. Carnegie that much of that which is taught in the schools is of no value whatsoever in connection with the business of earning a living or accumulating riches. He had arrived at this decision, because he had taken into his business one young man after another, many of them with but little schooling, and by coaching them in the use of this formula, developed in them a rare leadership. Moreover, his coaching made fortunes for everyone of them who followed his instructions.

In the chapter on Faith, you will read the astounding story of the organization of the giant United States Steel Corporation, as it was conceived and carried out by one of the young men through whom Mr. Carnegie proved that his formula will work for all who are ready for it. This single application of the secret, by that young man—Charles M. Schwab—made him a huge fortune in both money and opportunity. Roughly speaking, this particular application of the formula was worth six hundred million dollars. These facts—and they are facts well known to almost everyone who knew Mr. Carnegie—give you a fair idea of what the reading of this book may bring to you, provided you know what it is that you want.

Even before it had undergone twenty years of practical testing, the secret was passed on to more than one hundred thousand men and women who have used it for their personal benefit, as Mr. Carnegie planned that they should. Some have made fortunes with it. Others have used it successfully in creating harmony in their homes.

The secret to which I refer has been mentioned no fewer than a hundred times, throughout this book. It has not been directly named, for it seems to work more successfully when it is merely uncovered and left in sight, where those who are ready, and searching for it, may pick it up. That is why Mr. Carnegie tossed it to me so quietly, without giving me its specific name. If you are ready to put it to use, you will recognize this secret at least once in every chapter. I wish I might feel privileged to tell you how you will know if you are ready, but that would deprive you of much of the benefit

you will receive when you make the discovery in your own way.

A peculiar thing about this secret is that those who once acquire it and use it, find themselves literally swept on to success, with but little effort, and they never again submit to failure! If you doubt this, study the names of those who have used it, wherever they have been mentioned, check their records for yourself, and be convinced!